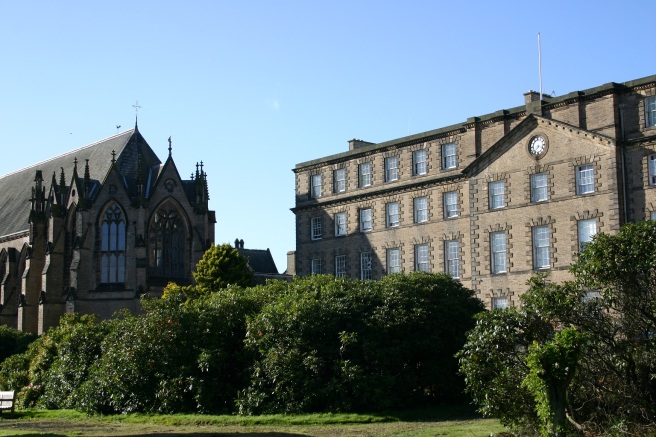 The Society’s 2009 Annual Conference took place at Ushaw College, Durham, from 18-20 May.  The theme of the gathering was very much slanted towards the archival heritage of Catholic institutions in Britain and Ireland within their European contexts.

The first speaker was Abbot Geoffrey Scott, President of the Catholic Archives Society who spoke on the English Benedictine material to be found in the Archives du Nord, Lille – one of the venues visited as part of the Society’s trip to Douai in Northern France in 2001.  The second paper was given by Dr Simon Johnson, who considered the digitisation of the Archives of the English College, Lisbon, which collection is now held at Ushaw. He also gave a description of the Lisbon Library which forms part of the deposit.

Abbot Michael John Zielinski, Vice President of the Pontifical Commission for the Cultural Heritage of the Church had prepared a presentation entitled ‘Ecclesiastical Archives and the Memory of God’s People’ (reproduced in the current edition of Catholic Archives). Owing to his having been recalled to Rome immediately before the Conference, this paper was read by Margaret Harcourt Williams.

Iris Jones, Archivist of the Venerable English College, Rome, delivered a stimulating account and an ‘up-date’ of her work at what is the oldest British institution abroad.  Readers of Catholic Archives will recall a recent series of articles on the archive project at the Venerabile.  Finally, Andrew Gray, Archivist at Durham University Library, spoke about online catalogues and digital imaging.  The conference also hosted the annual general meeting of the Catholic Archives Society as well as the customary open forum.

Full accounts of the papers given at the conference may be found in the Catholic Archives Society’s Bulletin (no. 33, December 2009), where reports of the Officers of the Society at the AGM and the topics raised at the open forum are also reported in detail.

The Catholic Archives Society is committed to protecting your personal data and using it in line with all data protection regulations. For further information on the use of your data collated from this website, please read the full notice here